fences – first coming to Estonia in summer 2015 you were fascinated by the abandoned houses and the collapsed industrial complexes. You were strolling through the quarters, crossing the wide empty space between the huge flats, prefabricated buildings from former Sovjet aera. And all over fallow land, badlands, wilderness crossed by small walking pathes and hidden resting places with butts and bottles and stories carried away by the baltic wind. Now coming back you remark an undercover process that’s rebuilding the urban landscape. Paejärv is a small lake in Lasnamäe part of Tallinn where men came since ever to throw their fishing lines into the cold dark water. And still today you can see them sitting on the shores, stoic sculptures of patience and eternity. This lake was surrounded by the badlands which connected the collective residential and living areas of mostly russian speaking population with pure nature. But Lasnamäe becomes more and more a prefered living area for upcoming mid and upper class citizens. The lake became a recreation area with jogging trail and playgrounds for children. Smaller flats grow along the boundary of a more and more harnessed piece of wild nature. And with the new flats came the fences. Green painted, narrow structured metal fences, approximately 1.8 m high with outwards bent peaks. And with the fences tarred pathways come along. You realise that your walks follow a planed and executed order, structures built by fences. The public space is less and less a place that belongs to the public in the sense that the passerby makes up his way. More and more you have to follow the set and predetermined connections. And you remark it’s not a question of more and more people sharing the same space but it is the expression of a possesive, on property founded thinking. „Step out“, „video surveillance“, „watch the dog“ are the welcome messages at the gates of the locked in residences. If you come to the former Sovjet panel settlements you look at the merely ordered, natural remained space between the flats in a releasing way. On clothes lines the laundry is dancing like fluttering flags, free accessible, unfenced and trustfully, unashamedly exposed to the community.

To investigate! – Is the building of fences a global pattern of capitalism, not only for dividing property but also a effective instrument for domesticating, controling and manipulating citizens. 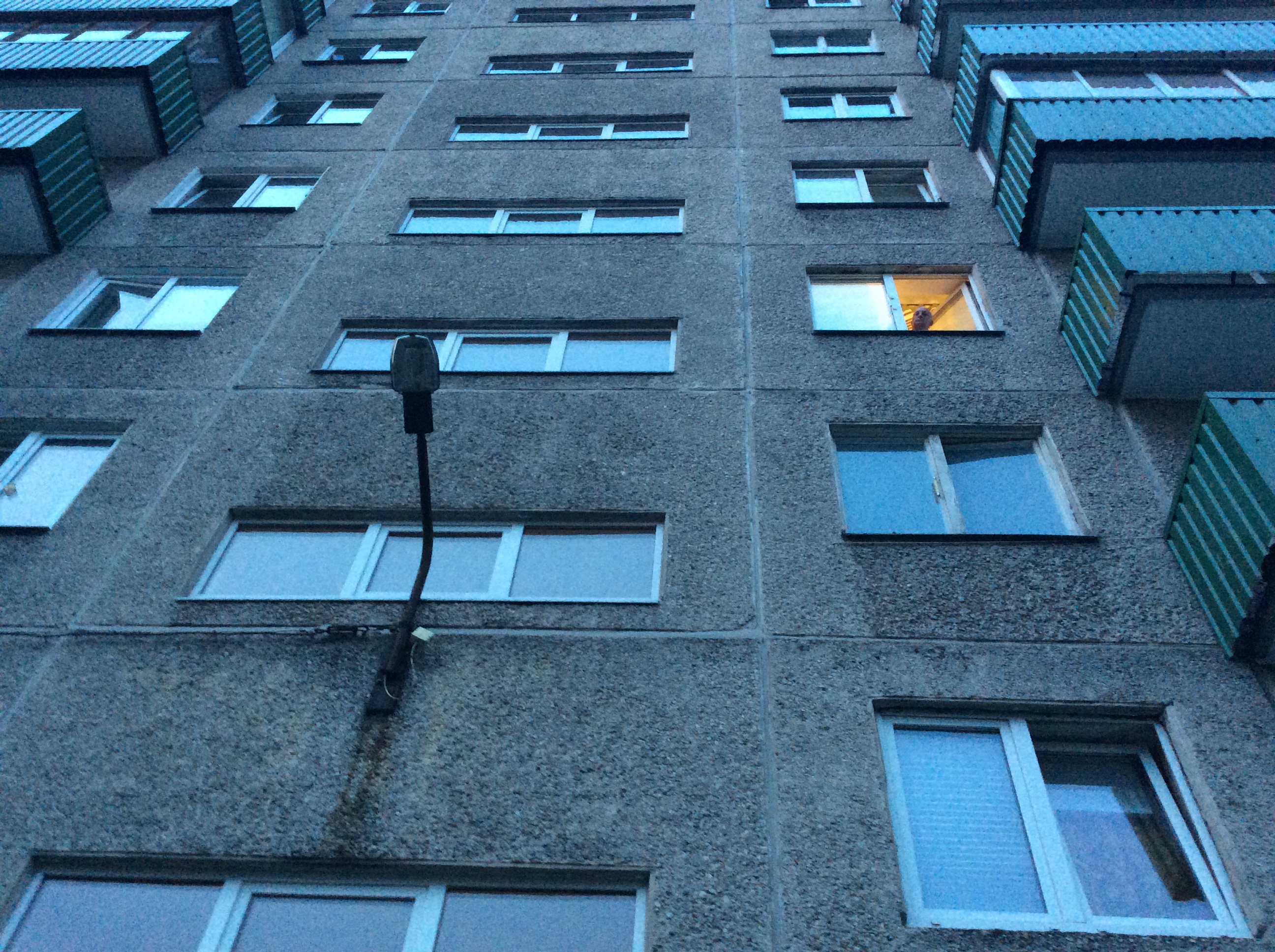